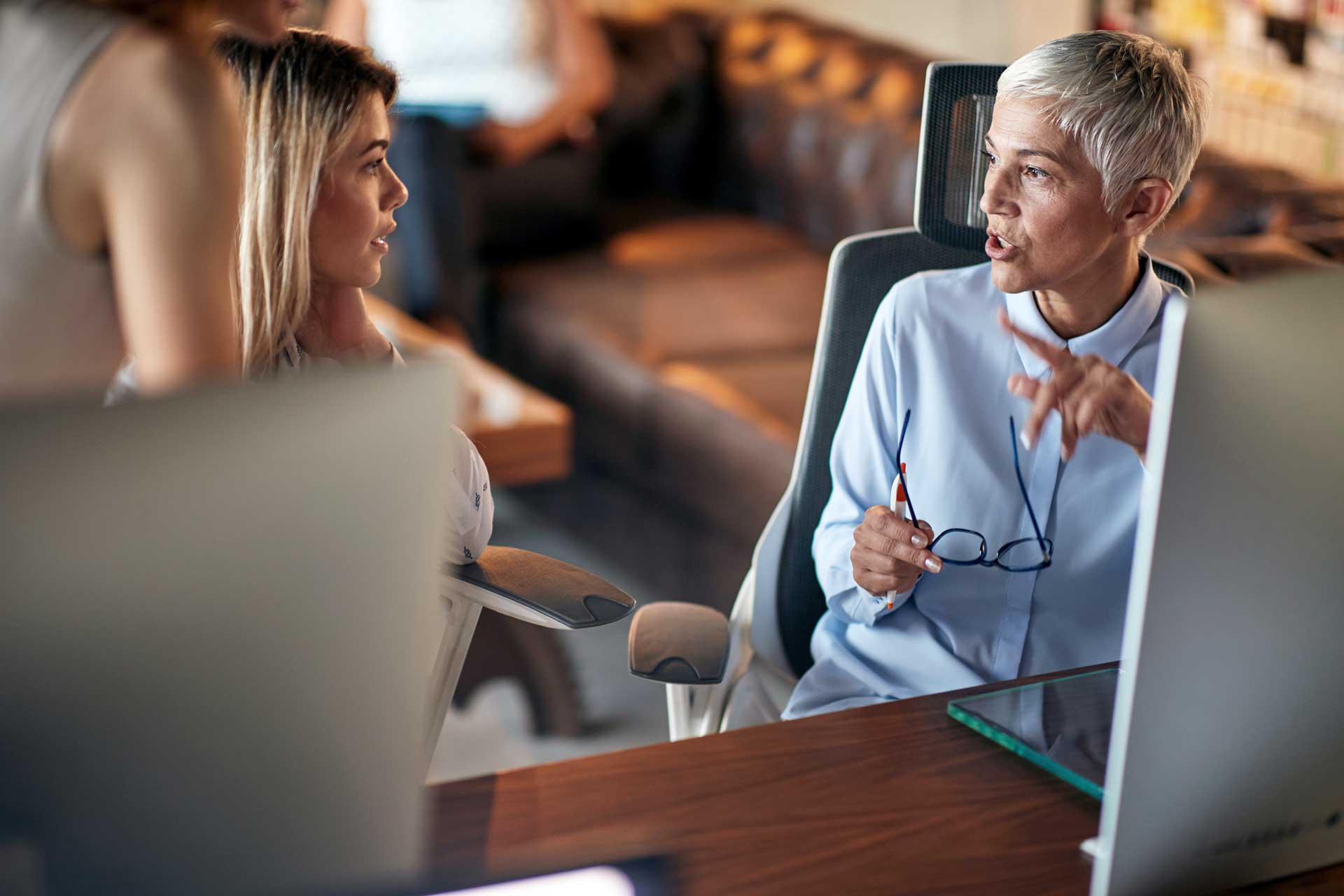 Use the Protégé Effect to Maximize Learners’ Attention

By Cecilia SeiterFebruary 5, 2022No Comments

What Is The Protégé Effect, And How Can You Use It To Maximize Learners’ Attention?

Sometime between the years 4 BC and 65 AD, the ancient Roman philosopher Seneca observed famously that “while we teach, we learn.” Fast forward to 2022, and the concept still rings true.

The phenomenon Seneca witnessed almost 2,000 years ago was what we now call the protégé effect. The protégé effect describes the idea that students or learners who explain a concept to others reinforce their own understanding of the subject. Leveraging the protégé effect is common in classroom settings, but employers can also reap the benefits of encouraging their employees to learn from each other.

The Protégé Effect: How Does It Work?

A widely-cited 2009 study also demonstrated the vast power of the protégé effect. Middle school students were tasked with instructing Betty’s Brain, an animated AI figure who could learn, ask questions, and make mistakes just like humans. Preparing to teach helped the students organize their knowledge in a way that improved their own understanding and recall of the material. As they explained the lessons to Betty’s Brain, they could also better identify the gaps in their own thinking.

The study concluded that students make a greater effort to learn on behalf of someone else than they do for themselves. Learners feel a heightened sense of motivation when someone else’s success is their responsibility. That’s why they put in extra effort to study and effectively teach the material — and luckily, that means they better retain it themselves.

How Can You Leverage The Protégé Effect During Employee Training?

There are inherent benefits to providing employees with relevant, robust training materials. But no matter how well-crafted your training content is, it’s not enough to just hand your employees a company handbook and be done with it. Ensuring the material is absorbed and applied is an entirely different issue, and that’s where the protégé effect comes in. (Of course, you’ll want to take other steps to maximize the stickiness of your training content, like tailoring it to your employees’ specific roles and unique learning preferences.)

Ultimately, the protégé effect can maximize the ROI of your company training, and there’s nothing to lose by giving it a shot and adjusting your strategy when needed. Here’s how to infuse your corporate training with the protégé effect:

Employees often feel more comfortable with peer-to-peer learning than with formal presentations from leadership. Not only does peer-to-peer learning reduce the pressure to perform, but it also enables employees to form genuine, trust-based connections with their colleagues. Both of these factors can contribute to higher knowledge retention and application rates.

What’s more, collaborative learning can create a highly skilled and engaged workforce in organizations. Peer learning is known to contribute to upskilling (and skill transfer between peers), which is vital for high levels of employee engagement. 94% of employees said they would stay longer at a company that invests in their careers and helps them upskill. Peer-to-peer learning also encourages employees to take ownership of their careers and expertise, which leads to a more engaged and skilled workforce.

2. Conduct breakout group activities to encourage your employees to discuss the material.

Breakout groups are a common tactic used in university classrooms, but their effectiveness remains just as poignant in the workplace. A few examples of breakout group activities are:

Assign your new employees seasoned mentors throughout their training period and beyond. To keep a fresh flow of ideas and thoughts, try swapping mentors and mentees quarterly. Encourage them to find time for one-on-one meetings, lunches, or to tackle certain projects or tasks together if applicable.

Mentees will benefit from valuable insights from their mentors and feel a sense of belonging and stronger ties to the organization — and given that one in four employees don’t feel like they fit in, this is crucial to maintaining high performers and healthy company culture. Mentors, on the other hand, will benefit from the protégé effect as they teach their mentees the tricks of the trade. The ability to learn from someone one-on-one may also help employees who find it more difficult to learn in group scenarios.

Even when your employees aren’t actively in their training sessions, providing a space for them to discuss and review training material will help ignite the protégé effect. A learning management system (LMS) will provide a secure online space for your employees to track their own progress, ask questions, and help their peers in a centralized, secure system.

If your company is back in the office, make a point to schedule time for employees to gather around a meal and discuss their learnings with each other. (If you’re still remote, try coordinating group Zoom lunches.) A relaxed, casual atmosphere can actually help spur the flow of ideas and make employees feel less anxious to share their thoughts or questions with a group. People also tend to be more creative when they’re relaxed, opening a pathway for brighter insights about the training material.

The protégé effect can be harnessed in numerous ways to best maximize learners’ attention and material retention. But taking advantage of the protégé effect isn’t just beneficial for your employees. It’s also a fantastic opportunity for employers to generate feedback on the training itself.

Employees who are tasked with teaching their peers are more likely to become intimately familiar with the material. As a result, employees might have deeper insights into ways the training can be improved.

The protégé effect is a powerful phenomenon. Not only does it manifest itself in schools and universities, but it’s also an effective tool when leveraged in the workplace.

Peer learning can break traditional silos of departments and hierarchies to encourage employees to interact, share, and receive knowledge at higher retention rates than traditional training. But potentially one of the biggest perks of the protégé effect is not that it can vastly improve information retention rates among employees, but that the mingling of minds can lead to stronger organizational culture and better performance overall. Seneca likely didn’t have company culture on his mind when he wrote his now-famous quote, but he was right: when we teach, we learn, creating deeper connections with colleagues and fostering a culture of both compassion and collaboration.

Cecilia Seiter is a content marketer, copywriter, and author. She is passionate about the creation of meaningful, fulfilling, and sustainable work cultures.

How to Overcome the Challenges of E-Learning Content Production

Fostering a Positive Culture in a Hybrid Workplace

We grow brands at the speed of culture.